Eventually – 1 September – D (departure) Day had arrived. Start of Spring (in South Africa) had been the goal to coincide with our “Start Of Road Trip” and we made it … kinda! The only deadline we had at that moment was a birthday celebration in Cape town … anytime between 20 and 25 September! And seeing that springtime is also flower season in Namaqualand we planned our trip to Cape Town via the Northern Cape.

In the morning we had a frantic clean out of the workshop, dumping everything we might need for finishing and maintaining Trokkie inside the truck and putting the rest outside our door as a kind of free for all garage sale for the labour force on the next door construction site. Shortly after lunch we said goodbye to our friends at the workshop and hit the road. We had one or two more things to sort out and eventually … by about 4pm … we got out of Johannesburg.

We made a little detour in and around Johannesburg because in our excitement to get on the road eventually, we put in the wrong town in our gps and we were almost on our way to Durban! A stop at a petrol station corrected our course and amidst stormy skies and yellow fields we closed in on Ventersdorp.

Driving west, the dark cloudy skies subtly changed into night skies. We pulled in at a petrol station, had a burger and called it a night. 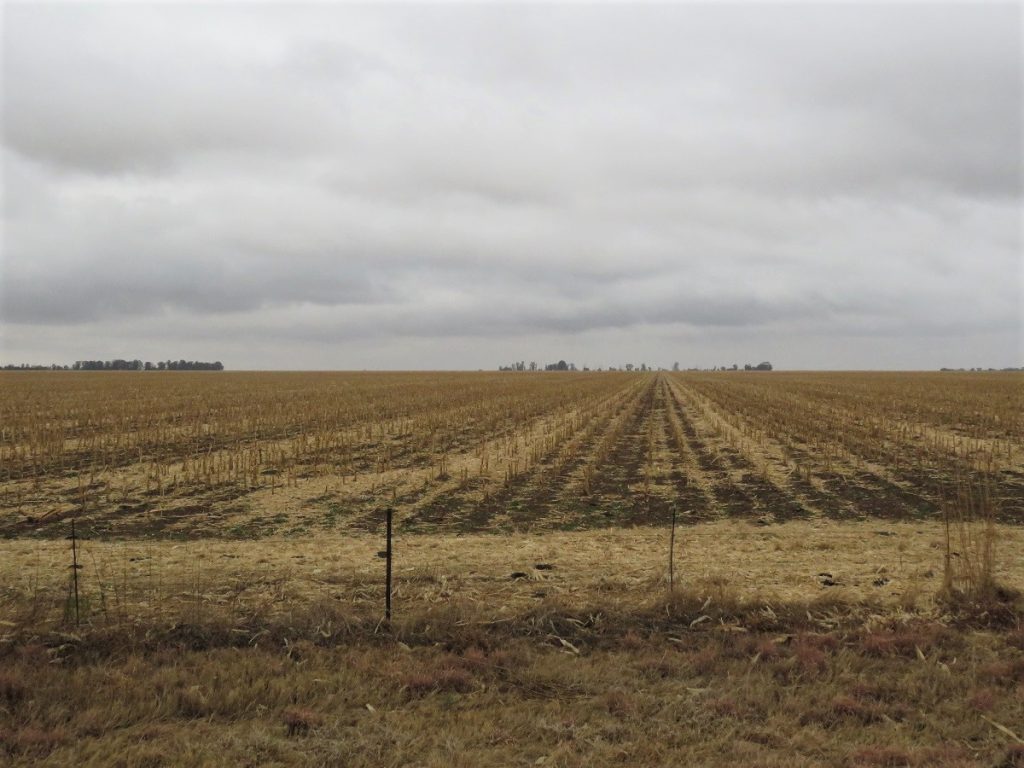 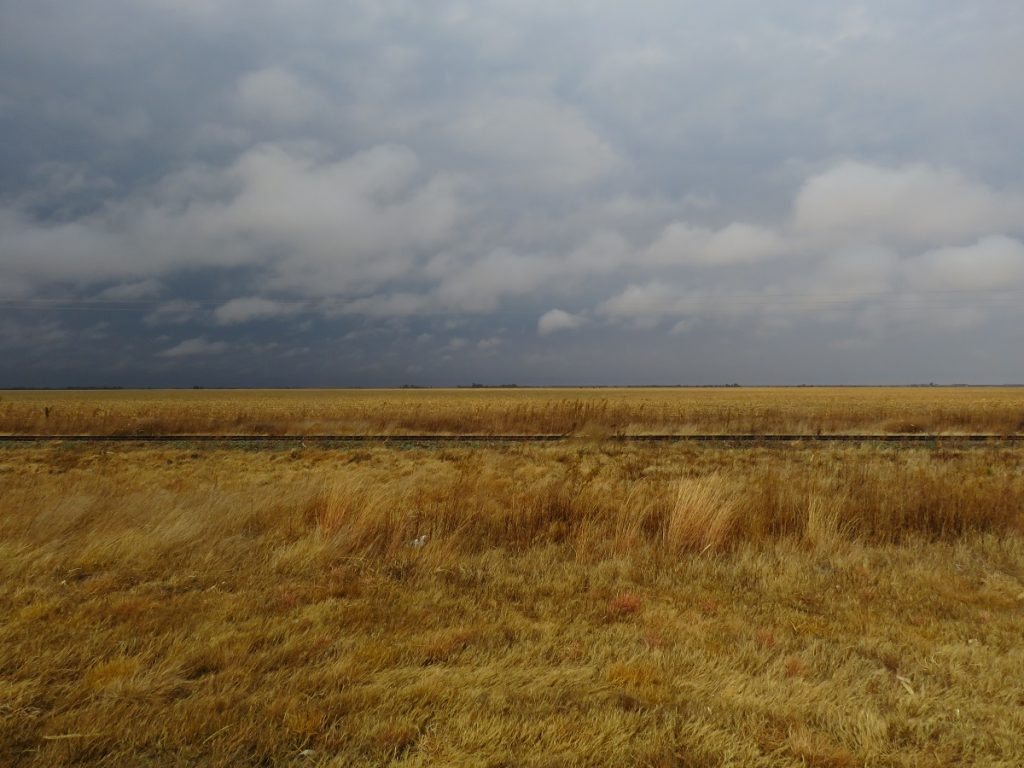 Sombre weather and a graveyard

Next morning dawned as grey and depressive as the previous day had ended. As we had tried to draft some sort of plan, our first stop of interest was indeed in Ventersdorp and the grave  of private G. Shaw (tongue in cheek mention of honour for our best friend Gavin Shaw). So first thing in the morning of 2 September we took into town to visit G.Shaw’s grave, the Grave with Eternal Flowers. The weather suited the occasion because it was cloudy, cold and miserable.

A little discovery walk in the graveyard brought us to the grave, which has its own romantic story: (short but sweet) British soldier fights the Boers, falls in love with an Afrikaner “boeremeisie”, swaps sides and gets executed for treason. The girl mourns and puts flowers on his grave forever after. When we saw the grave there were no more flowers, but – in contrast to the rest of the cemetery – clean and well maintained. The section with the “historical” graves were a combination of more ornate graves with angels and fences and simple slabs or pile of rocks for (we presume) the poorer. 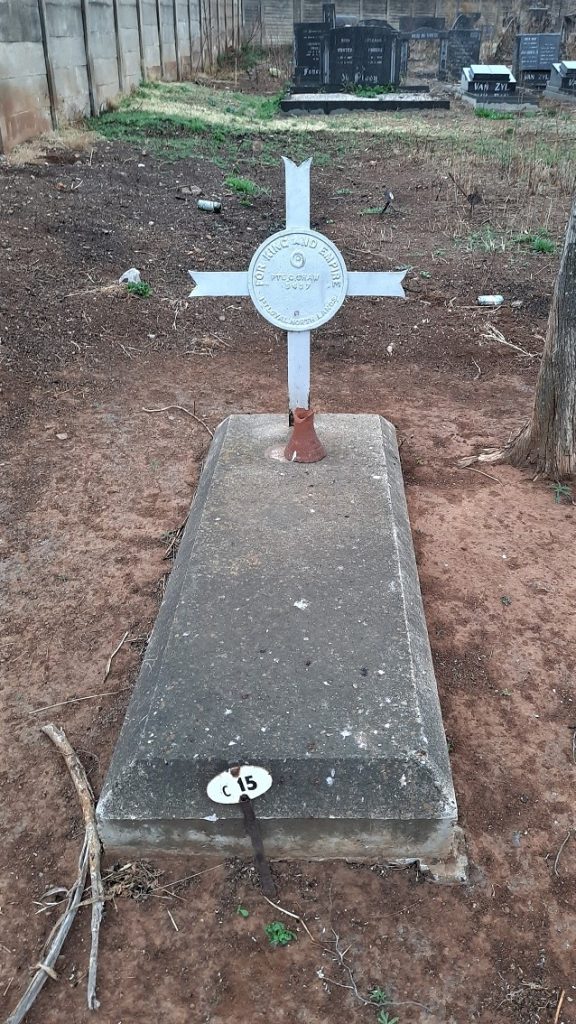 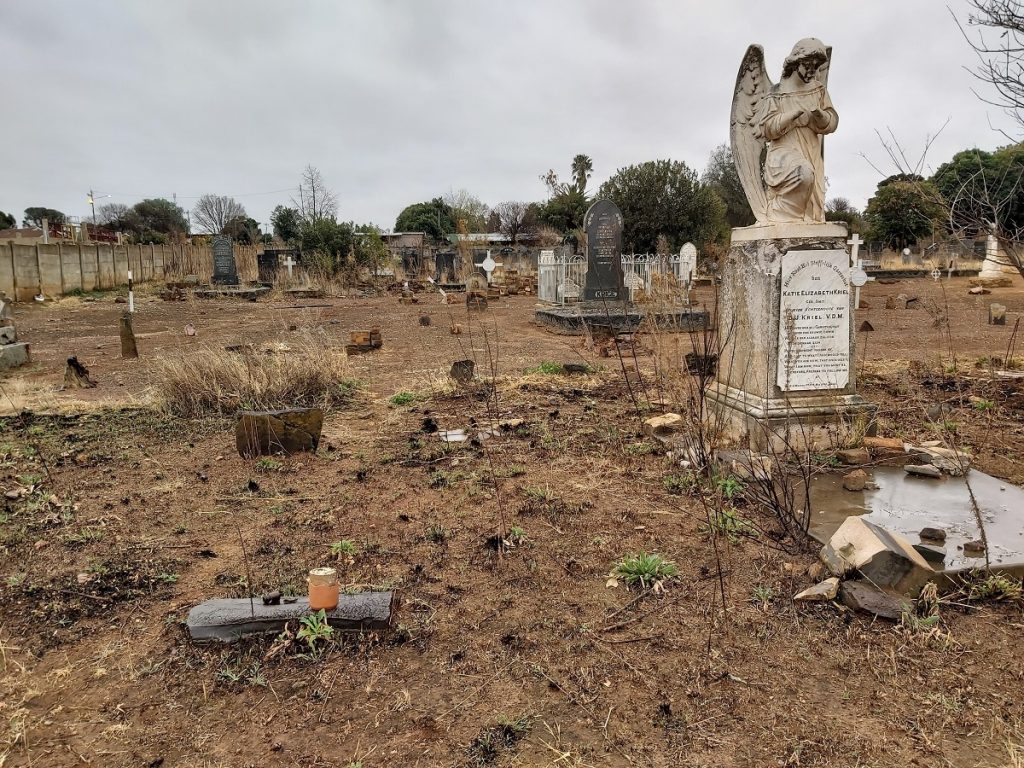 The weather hadn’t cleared and we proceeded with the same miserable overcast weather for most of the day and typical rural experiences on the road: cattle walking curiously up to the fence, goats crossing the road as if it belongs to them, cotton fields, maize fields and stormy skies … once again. Past Delareyville we turned off into the direction of Schweizer Reneke as we had read about Rock Art to be seen. Unfortunately  we just couldn’t find it. We drove a section of the road up and down, asked a few passersby but had to leave empty handed.

We turned back north to the N14 and spent another night of “free camping” at a petrol station in Kuruman.