When we arrived back in Griffith from our Noosa Christmas trip, we saw that the heavy smoke we had passed on the way, had been an indication of how far the smoke of the NSW bushfires had drifted inland. By the time we reached home we could see it hanging low and obscuring the top of the hill, across the road from the house. 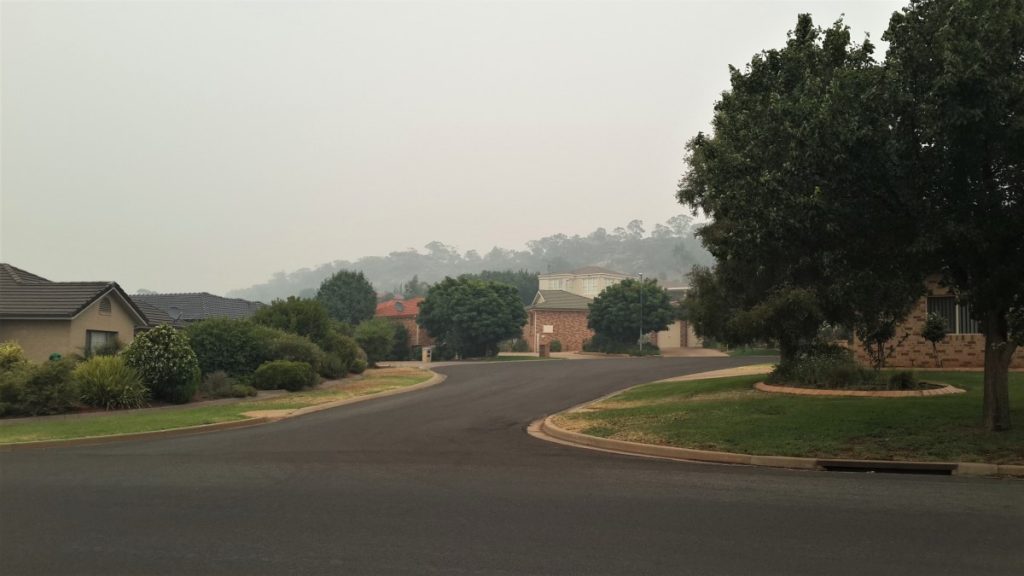 We had one day to sort out laundry and final packing as we would be flying to Melbourne the following evening. We had booked with Sharp, a small regional airline, to get from Griffith to Melbourne on the evening of 5 January. In Melbourne we would take a Qantas flight early the next morning (6 or 7 am) to Perth. Or … that was the plan.

During the following day the smoke seeped into Griffith more and more and when we went out to grab a bite to eat, an eerie orange blanket had started settling over the town. 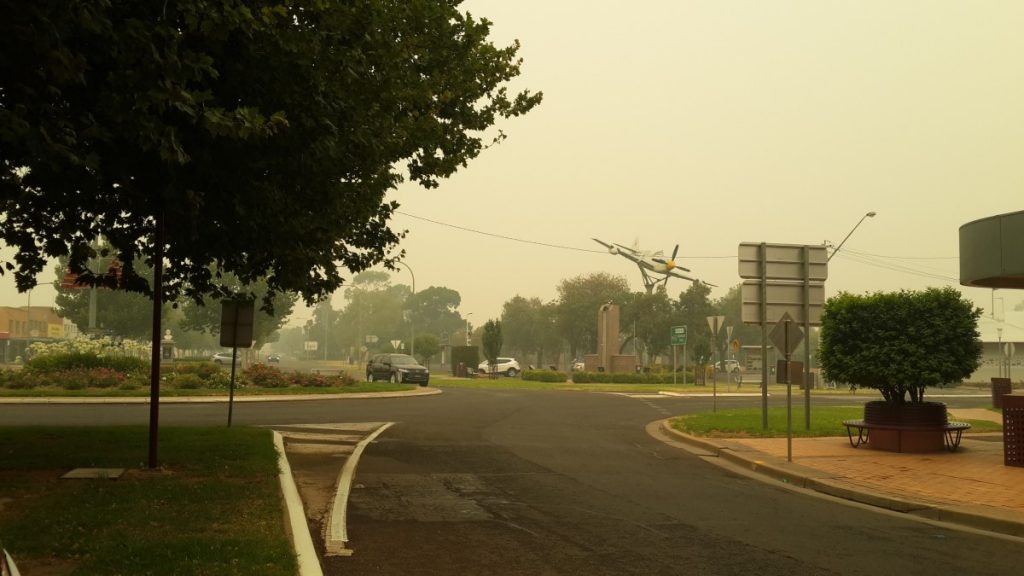 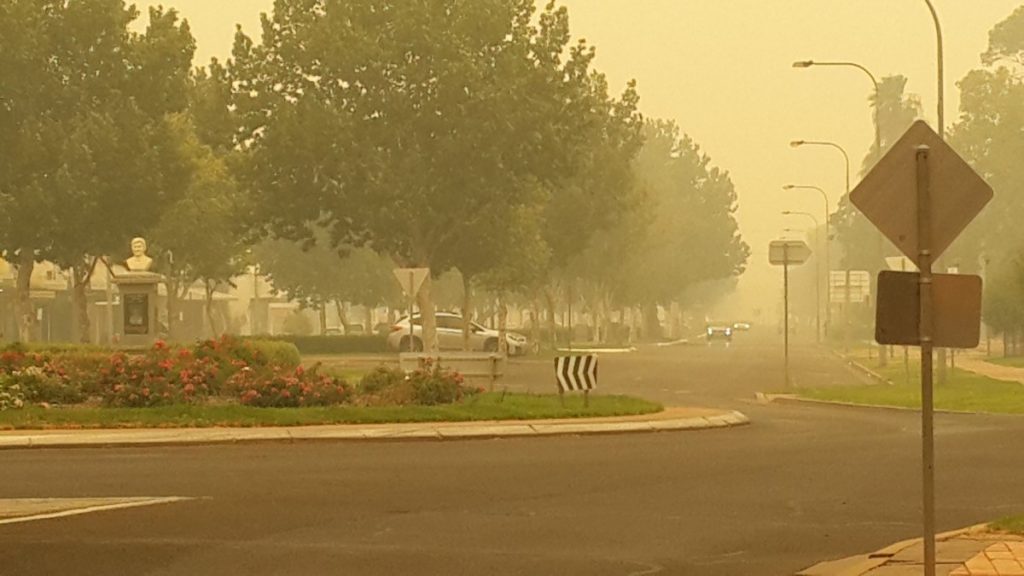 By the time the kids took us to the airport smoke was thick and heavy and when we arrived there, the picture didn’t look too good.

Another regional flight (Sydney – Griffith by Rex) had already been cancelled. We were relieved though when the ground staff confirmed that our Melbourne flight (by Sharp Airlines) had indeed taken off and was en route – be it with at least 1 to 1.5 hrs delay – due to the fire and smoke conditions.

Seeing that it could become pretty late, we said our goodbyes, had some last hugs and kisses and sent the kids home so Louis could be put to bed. 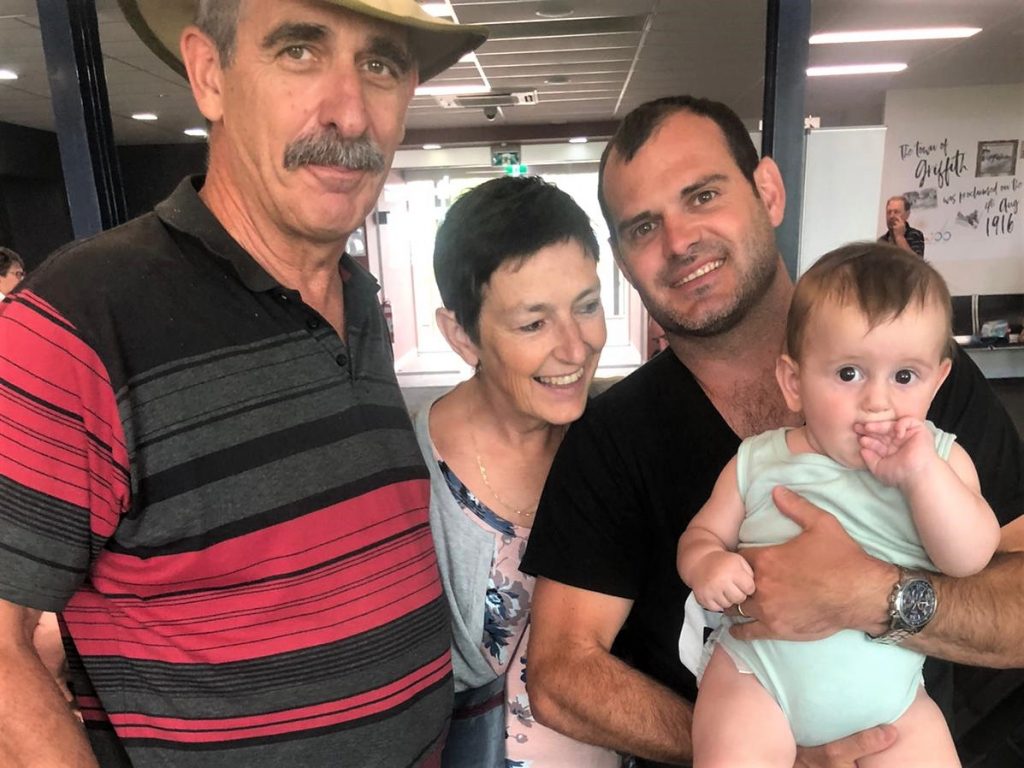 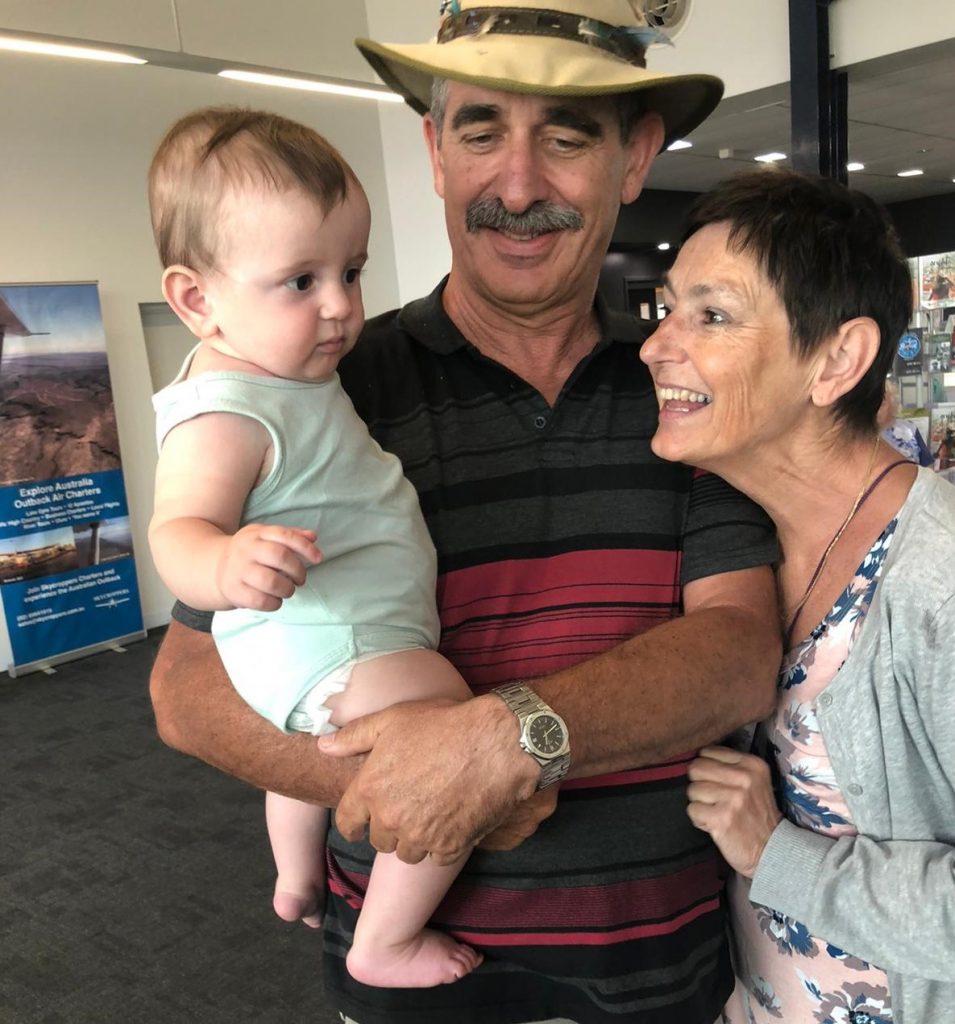 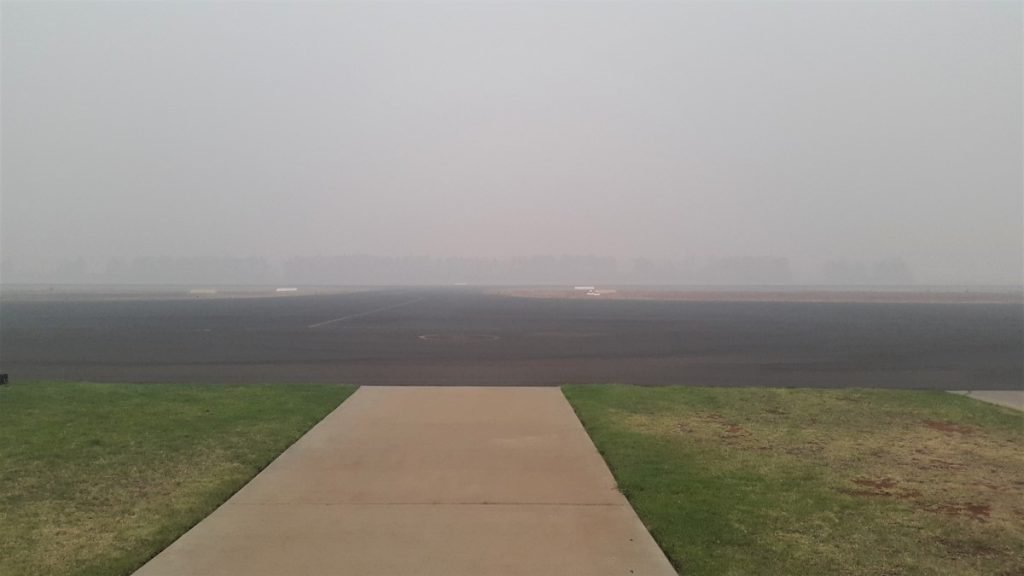 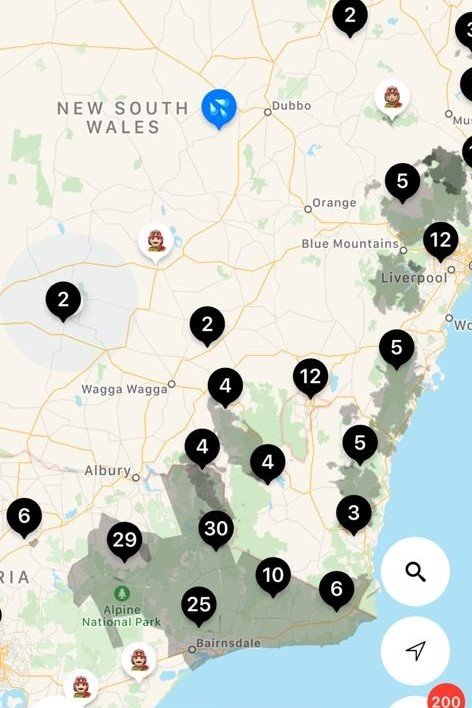 And the smoke blanket kept on getting denser and denser. We barely could see the trees on the other side of the runway. Just to give you an idea of the fires, Jacinta had downloaded an app that constantly updated the status of the fires. The grey areas are where the fires were raging. Griffith is where the number 2 in the light blue circle is situated. Wagga Wagga is about a two hours drive away from Griffith and Albury about four hours.

Eventually the excitement in the departure/arrivals hall started building up when it seemed the plane was near (Jacinta kept us up to date with the status of the plane). Standing outside we could hear the engines of the approaching plane, but we couldn’t see the lights. The odd moments we saw a dim glare, but the thick smoke obscured it heavily. But then … everything came to a grinding halt. Seems nobody had considered switching on the runway lights from the moment the plane had left Melbourne … just as a matter of preparation. The little plane was now circling in a holding pattern over Griffith waiting to land … and no landing lights. Ground staff went out onto the verge of the landing strip to flick the switch but that was a lost cause. 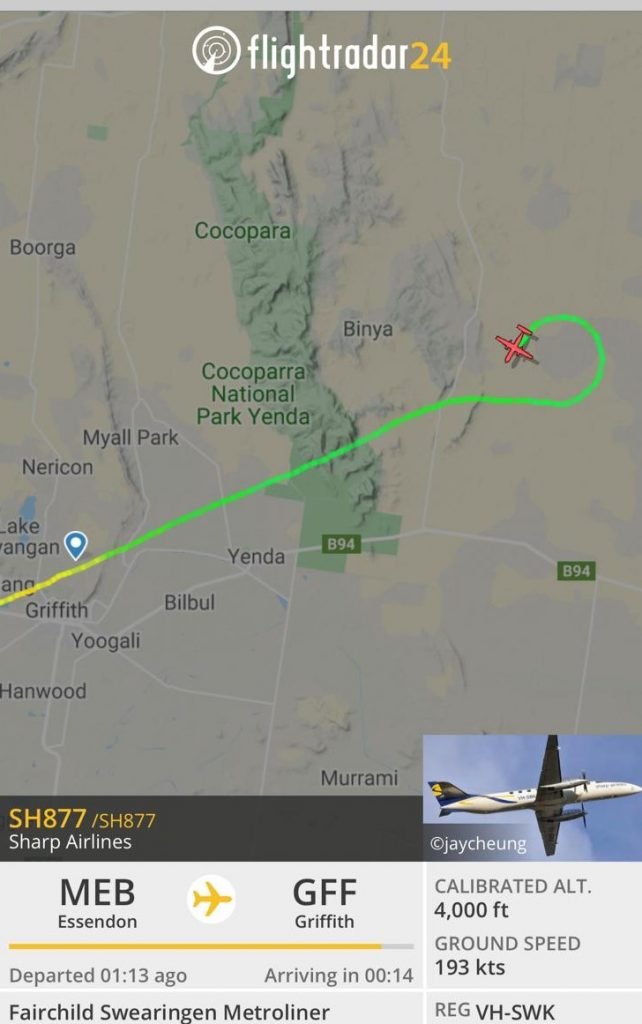 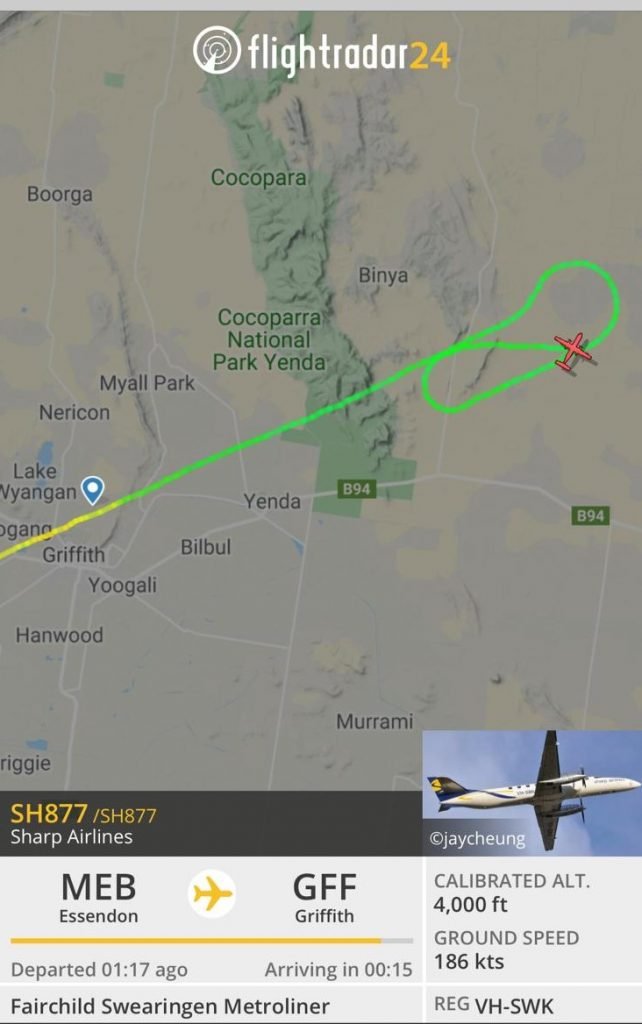 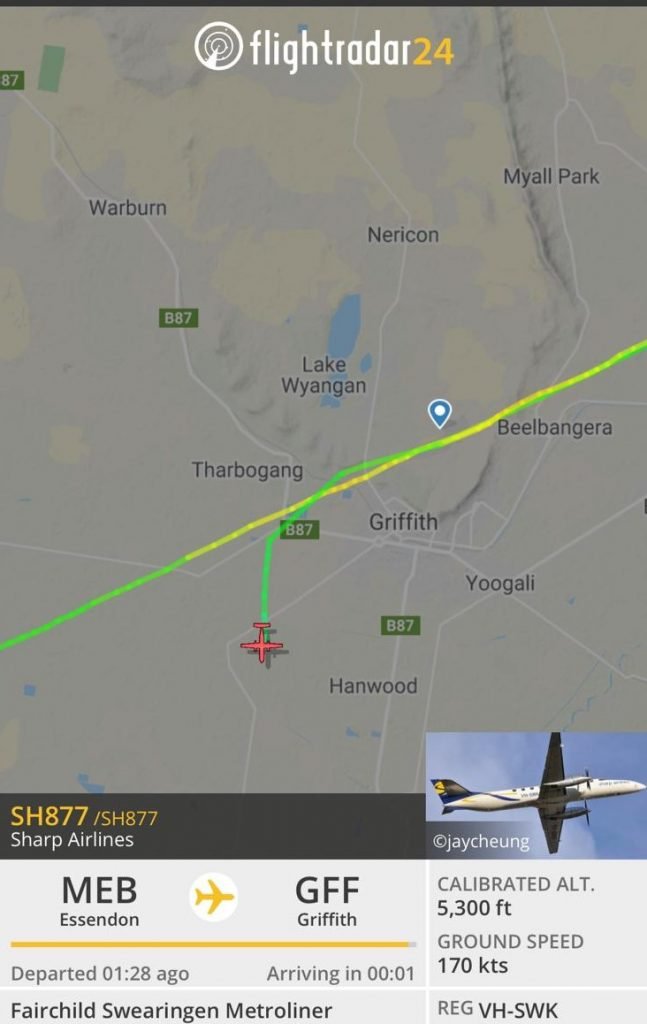 Peter came to fetch us and we went back home. Earlier in the day the kids had started putting down wet towels over all the vents to prevent or at least slow down smoke seepage in the house. When we walked back into the house, it was quite scary to see how much smoke had seeped through – despite the wet towels. A smoke layer hung against the ceiling and the lights were blanketed in a ghostly halo. 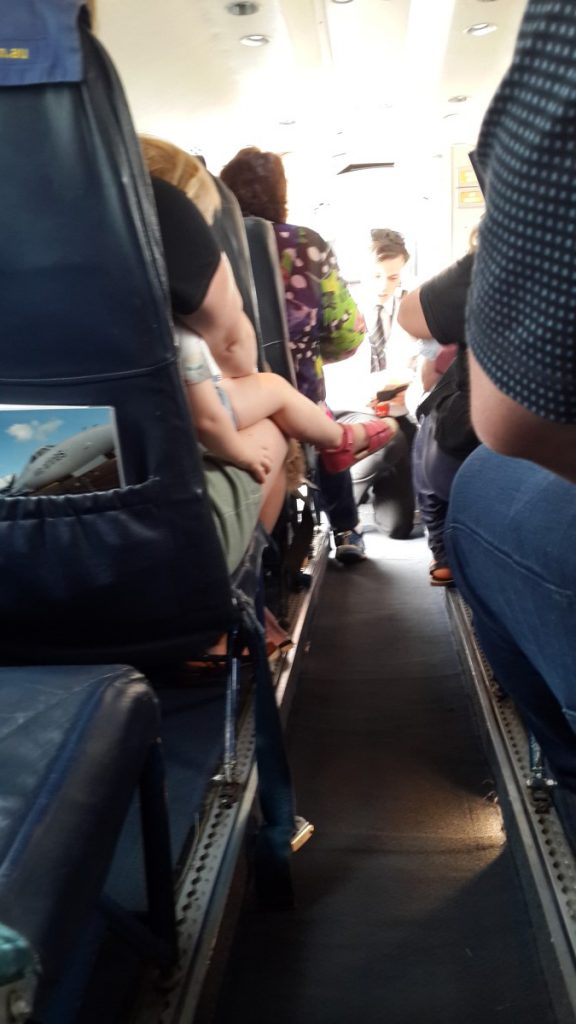 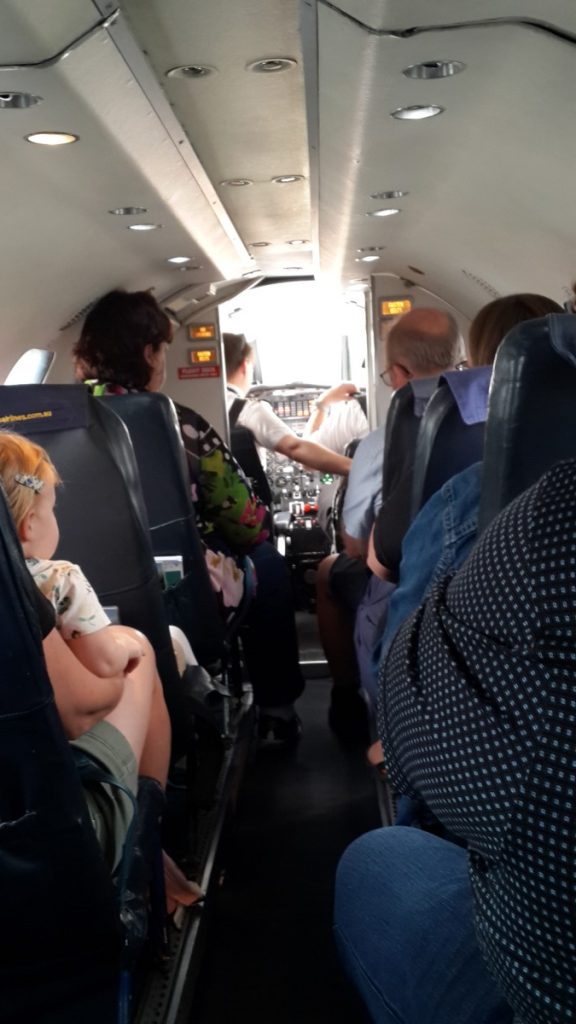 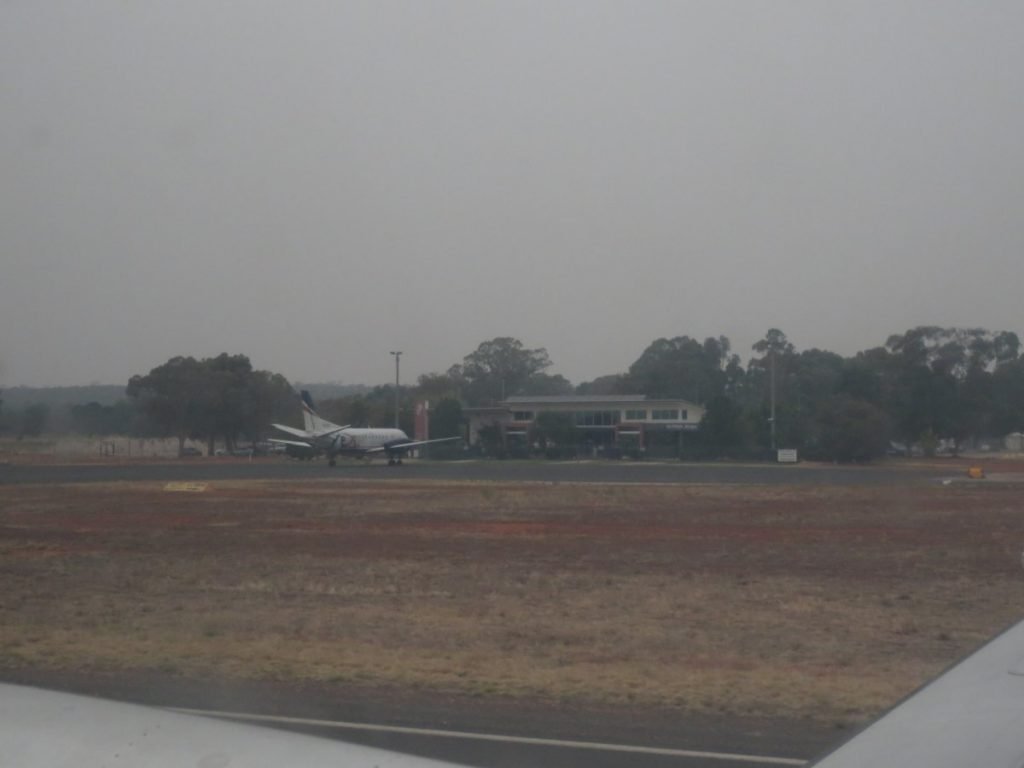 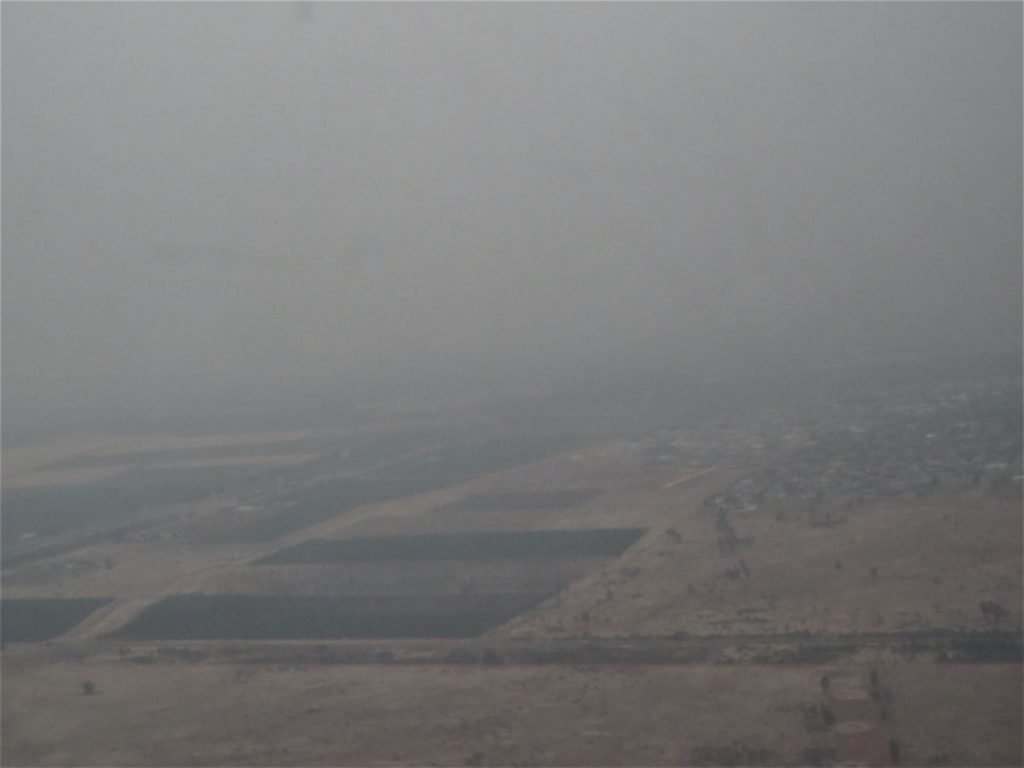 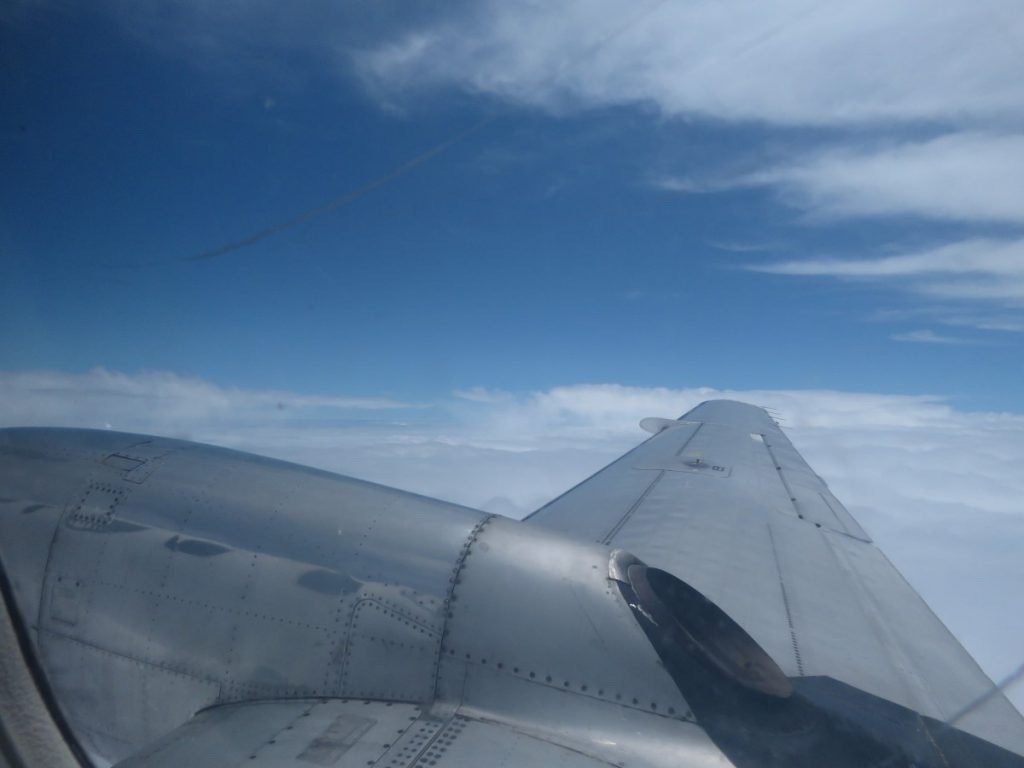 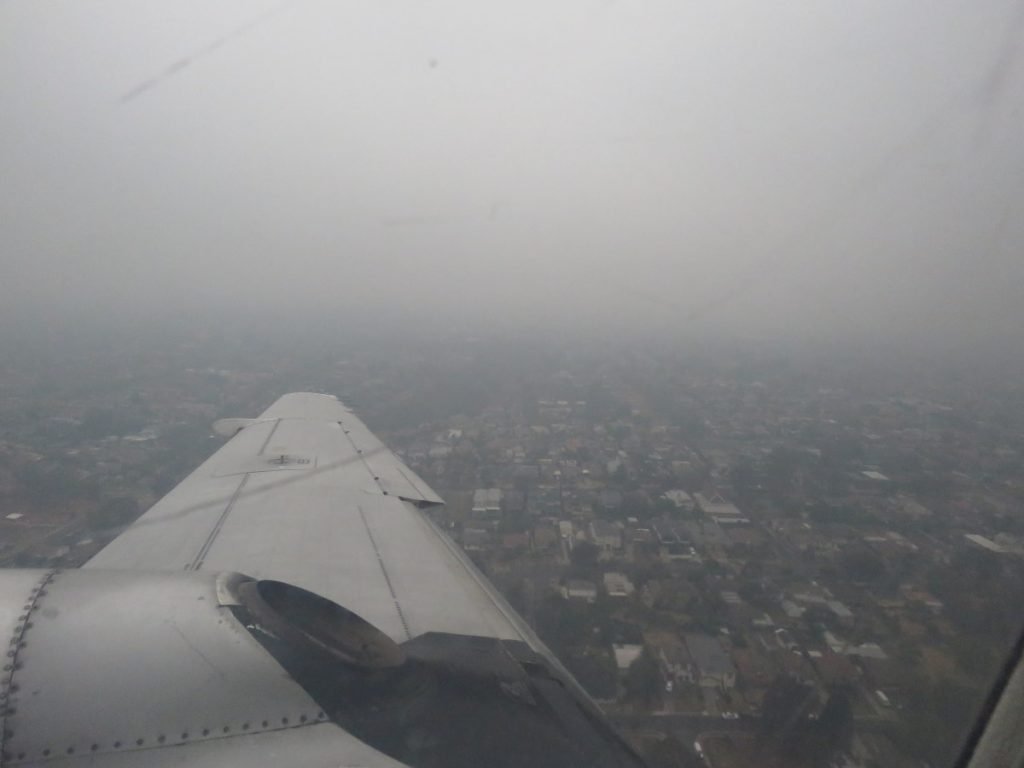 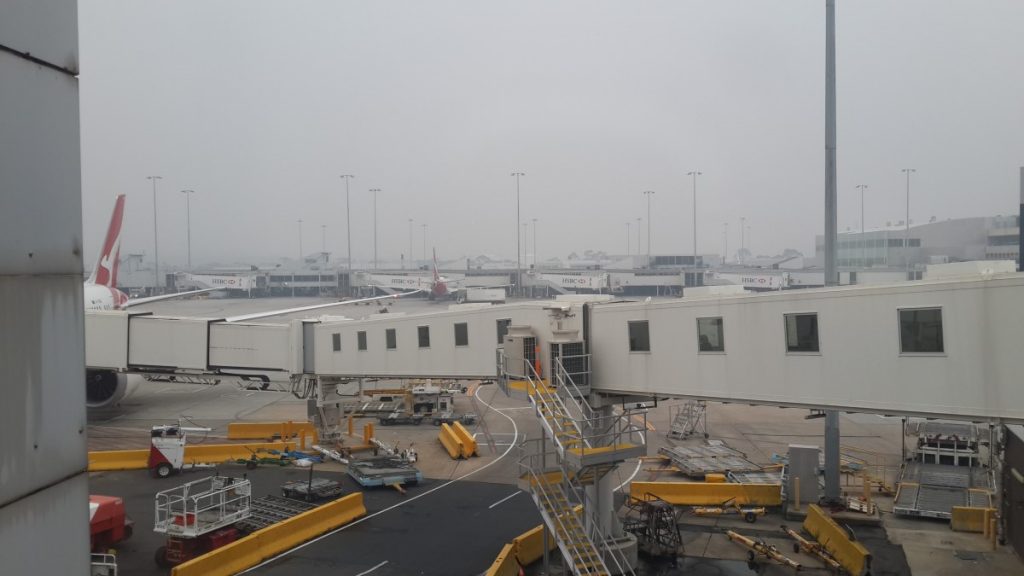 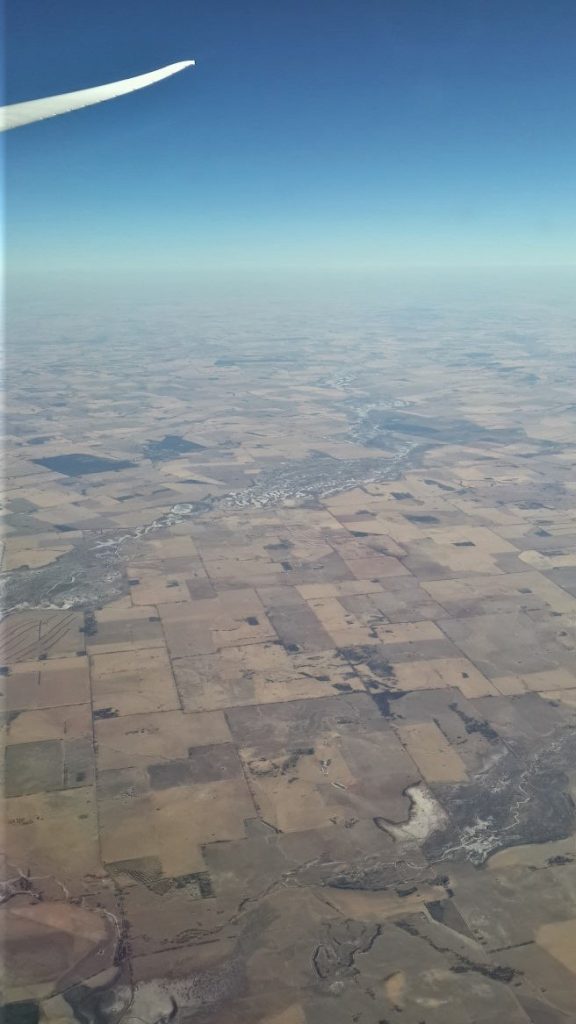 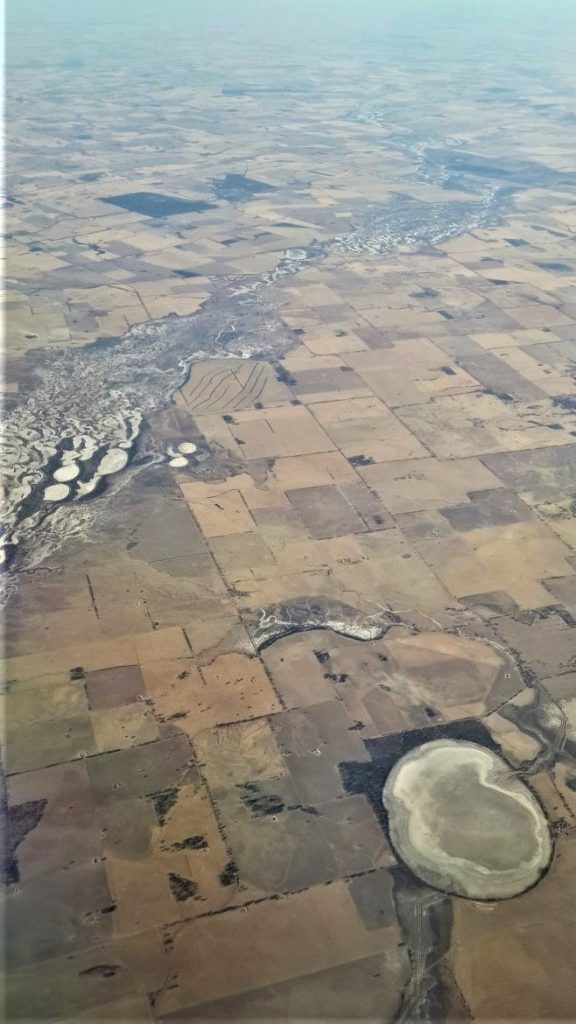 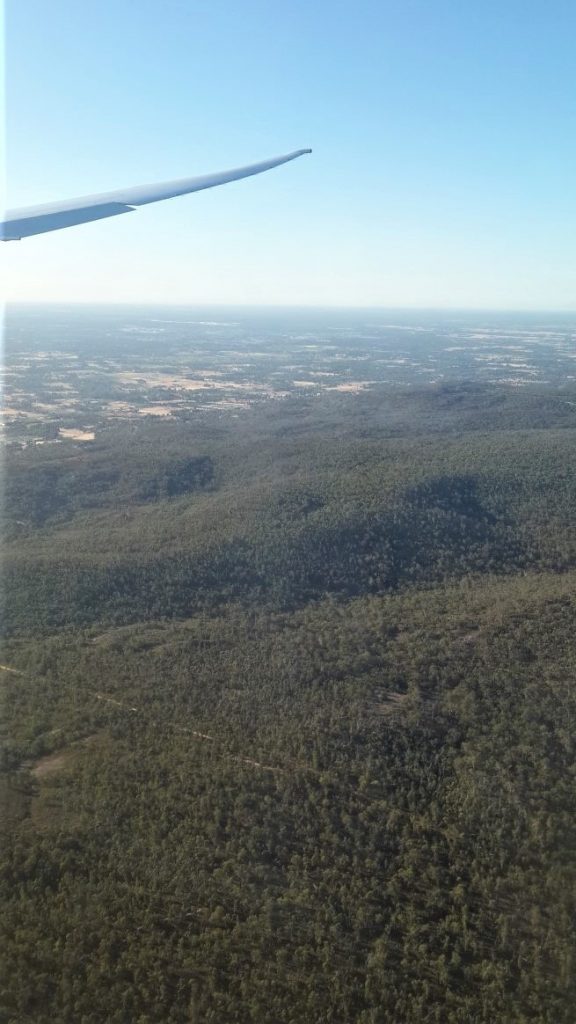 And then we were there … in Perth, to see Johan, Nel and the two grand daughters Frankie and Mica.

Before, during and after our 2019-2020 family holiday, bush fires have been raging in Australia. Thank you to all firefighters and volunteers who worked relentlessly to combat the raging fires.

Read more about our other trips and destinations during our 2019 – 2020 family visit in Australia.